Are You What You Watch? 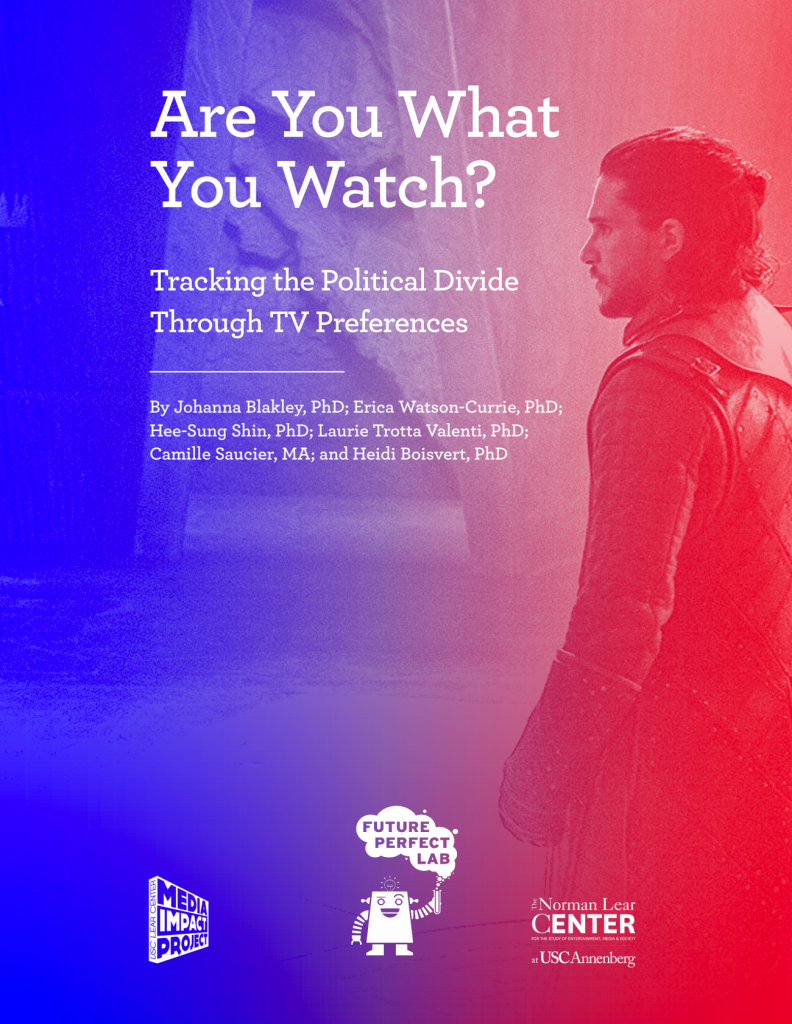 Do liberals enjoy the same TV shows as conservatives? Do they experience similar emotions while viewing their favorite shows? Our new study (a collaboration with the Norman Lear Center, Media Impact Project and funded by the Pop Culture Collaborative) looks for connections between media diets and political beliefs, tracking changes from 2008 to 2018. We surveyed a national audience for their views on issues such as guns, abortion and the environment, as well as their news and entertainment preferences. Using statistical clustering techniques, we identified three ideological groups: The Blues, who have liberal attitudes toward most political issues, are also liberal in their entertainment consumption, enjoying entertainment from different cultures with values different from their own. The Purples, a swing group with positions across the political spectrum, are voracious TV viewers who say they learn about social issues from the entertainment they enjoy. The Reds, who hold conservative views on most issues, watch the least entertainment TV and get the least pleasure from it.